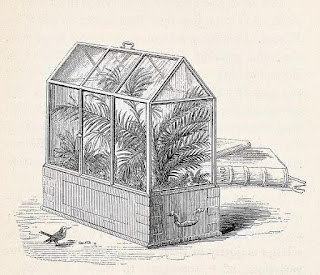 You may imagine my surprise at Mr. Ward’s kindness to our own Fanny with the arrival of one of his cases. Indeed, I cannot express to you the violence of her enthusiasm or that of Frederick’s!  That your husband should express such generosity was met with much discussion as to the proper placement of the case. Given the nature and size of it, and Fanny’s own nature, it was decided that it was best suited to her bedchamber where she may gaze upon it as often as she chooses. Indeed, I expect that she will be gallivanting about the countryside to-morrow in the collection of some of her ferns.

I expect we shall be anticipating your arrival in the coming weeks to revel in our country air. I do hope to provide some entertainment of a cultural nature, perhaps an opera or evening out, and you must meet Mrs. Frande when you come next. She has introduced all of Pilkington to some very exotic teas from India.  It is a pity that we cannot grow tea in one of those cases of your husband’s!

I shall write again after tea with Mrs. Frande later to-day. She has promised to show us some of her silks that Mr. Frande has brought back from his travels in India. We are all wild in anticipation, Lady Constance in particular as you may surmise.

Until then, I remain,
Yours ever,
Catherine F.

I am delighted that the box arrived satisfactorily intact and that it has been installed indoors. I expect you shall find many plants from your walks in Nature to place under the glass.

The method of proceeding is very simple. The ferns, &c., may be planted in the box; any size or shape would do, but  furnished with glazed sides and a glazed lid is the important point. The bottom of the box should be filled with nearly equal portions of bog moss, vegetable mould, and sand; and the ferns, after planting, should be most copiously watered, and the superfluous water allowed to drain off through a plughole in the bottom of the box: the plug is then to be put in tight, the glazed lid applied, and no father care is requisite than that of keeping the box in the light. In this way, many plants will grow for years, without requiring any fresh supply of water.

The success of the case is that of a tightly sealed environment; that surrounding air does not get into it and therefore it is kept independent of outside conditions. You may have noticed that the hardest of woods has been employed as to resist moisture and decay. 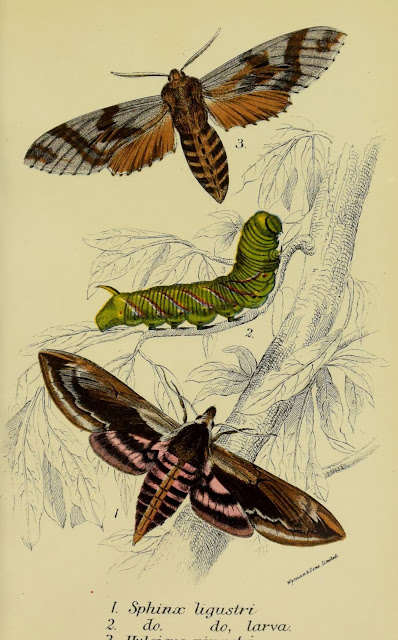 I recounted to your father in detail about my discovery, but I do not recall telling you.  I was accidentally led to make some experiments on the growth of ferns, &c., in closely glazed vessels, from the following circumstance. I had buried the chrysalis of a sphinx in some moist mould in a large bottle covered with a lid. The insect attained its perfect form in about a month, when I observed one or two minute specks of vegetation upon the surface of the mould. Curious to observe the development of plants in so confined a situation, I placed the bottle outside one of my windows with a northern aspect. The plants proved to be one of Poa annua, and one of Nephodioum [Aspidium Swz.] Filix-mas. In this situation they lived for more than three years, during which time no fresh water was given to them, nor was the lid removed. The fern produced four or five new fronds every year; and the Poa flowered the second year, but did not ripen its seeds. Both plants ultimately perished, from the admission of rain water, in consequence of rusting of the lid. I have repeated this experiment with uniform success.

I have great expectations for the applications of the case. Indeed, at the behest of my neighbor and friend Mr. Loddiges, I have two such cases on their way to Sydney, Australia with some native British ferns and grasses. They have traveled these three months past on the high seas thus far and shall arrive in another three. I dearly hope that they and the plants, arrive safely. From thence, the plants shall be transplanted and the cases put to use with some native plants from Australia. Mr. Loddiges assures me that if even half the plants arrive back safely, that will be more than what has been successful thus far. He related to me that out of twenty plants, only one survived on his last endeavor!  If we are successful, I shall share with you some seeds. Do write to me of your progress and observations.

Dear Fernie,
Shall you not come over to-day?  Mama says she has something for you and she is expecting your mother for tea. Also, Lady Constance &c., are expected to attend. With fronds like these, who needs enemies?  Write to me and apprise me of your plans. I shall not stay in-doors if you are not with me and then I could meet you at the brook, but I expect you shall be expected to attend.

The letter to Fernie from Mr. Ward is transcribed from his own account in his book, On The Growth of Plants in Closely Glazed Cases 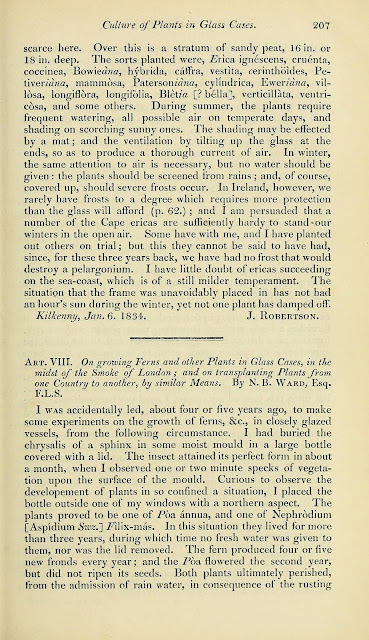 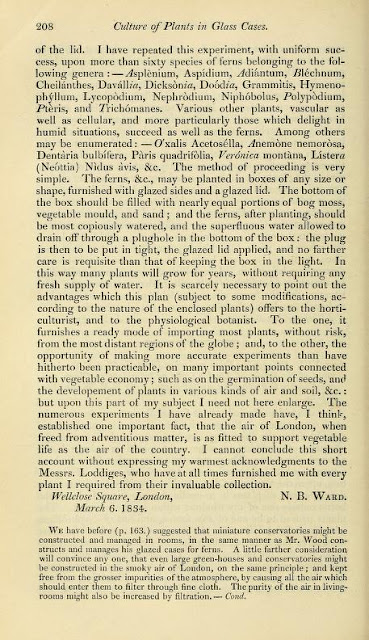